Posted by: Jessica Wilson in Technology

Imagine a world where your stereo, TV and other devices will turn on with a simple swipe of your hand. At one point in time, this seemed like a futuristic idea. The concept was simply too complex. Not so anymore. The technology to make these kinds of things possible is here. What was Science Fiction is now available to consumers. There's stil a lot of development on the horizon, but the potential is there.

How is this technology being developed and made a reality? Here are a couple of examples. 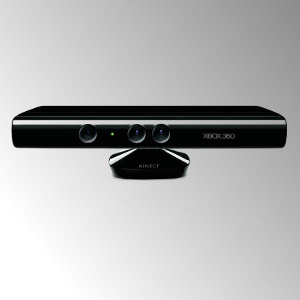 Microsoft's Kinect for Xbox 360 is one of the highest selling game devices in the world. The device is controlled by voice commands and hand gestures, forgoing the need for a remote or controllers. In the ads, Kinect states that “you” are the remote and everything will react to what you do. In simple terms, the technology behind Kinect involves tracking movements with an infrared projector and a camera with a specialized microchip. Recently the makers of Kinect released a version for Windows, demonstrating that this kind of technology is expanding onto different systems and beyond.

In a similar vein, German company, IDENT Technology has created a gesture remote. This remote has no buttons. You simply slide your fingers over the service or tap it to make it work. And you thought Kinect for Xbox 360 was cool. How exactly does this remote work? IDENT Technology uses their z-sense technology, which is exclusively theirs. This technology can detect and track 3D hand, finger and body movements then transfers these movements into commands. Sadly, this remote is only a prototype. 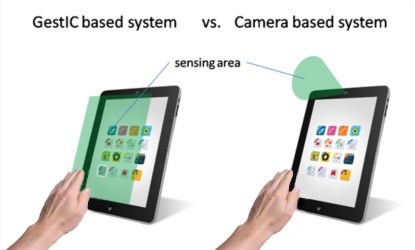 In addition to the gesture remote, IDENT is in the process of using their technology with other devices. Such devices include mobile phones, computer mice and digital cameras. Unfortunately, it appears that none of these products are available for purchase just yet.

At this point, computer related products appear to be the focus of this spatial technology. However, as it is in development it could very easily stretch into other fields like health care, toys, automotive industries, and so on. Imagine having a car that turns on just by waving your hand. These days, it seems that almost any idea has the potential to become a reality.