Posted by: Jessica Wilson in Programming 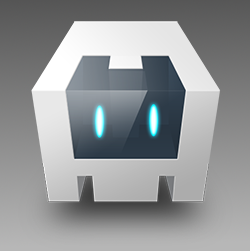 By now, most everyone should be acquainted with the differences between mobile platforms. Likewise, it should be common knowledge that apps specifically designed for one platform are not going to work on another platform and vice versa. So, why not go with a framework that will enable one application to work on multiple platforms? One way to do this is to use Cordova. What makes it so special? Let's take a look.

In simplified terms, Cordova is a hybrid application framework that takes elements of native and web apps to create mobile apps that will not only run on multiple platforms, but are also written using higher level languages. As such, Cordova has become of the most commonly recognized and utilized hybrid frameworks to date.

There are alternatives to Cordova, but it has managed to stay at the top of the list due to a number of reasons. It works, it's trustworthy and and there are revered standards, as well as favorable outcomes and successes. Apache is a trusted name in the Open Source community and has contributed a high level of maturity to Cordova. It's been through multiple versions, and the source code of the latest release is available to anyone here.

Moreover, from a development standpoint, Cordova makes use of both native and web apps. For one, it's possible to access native functionality through the use of API (application programming interface) by way of JavaScript. At the same time, Cordova makes use of HTML rendering in a web view which will cover 100% of the device screen, without the "decorations" of a typical browser. And don't forget about plugins. Thanks to API access, custom native classes and interfaces can be created.

The abstracted layer above the phone's native language trades some performance for a lightning quick development to deployment timeline. A majority of programmers already have experience using HTML, JavaScript and CSS. This knowledge means that less training, if any, is needed. A project can begin quickly and subsequently end quickly depending on its scope.

Cost is another factor to consider. Cordova is open source, allowing for a community of developers to make use of it with fairly minimal costs to them. If you add minimal cost to reduced development time and the ability to creat one app for all platforms, it's almost a no-brainer. Costs should be significantly lower than with other frameworks.

What can you do with Cordova?

Curious about the kind of app that has been developed using Cordova? You might recognize some of the names here. Generally speaking, you can use Cordova to build any kind of app you have in mind, from music to calendars, maps, camera effects and so on. There are numerous possiblities. That being said, there are going to be apps that are better suited for Cordova than others (think along the lines of enterprise mobile apps, etc). Just remember to keep things like application complexity, performance and UI (user experience) in mind before the application goes into development.

At the end of the day, the main focus should be placed on the requirements that have been deemed necessary to take an application from start to completion. Cordova might not be the best solution for your venture, but it's certainly a framework to keep in mind.

So, is Cordova the right framework for you? A venture such as this is certainly an undertaking and not something that should be taken lightly. Yes there will be cons. They're a given with anything of this stature. However, when one looks at the benefits and functionality factors of Cordova, they tend to outweigh the risks. Interested in learning more? Check out more info on Cordova's site.

← How To Decrypt Magnetic Card Data With DUKPT