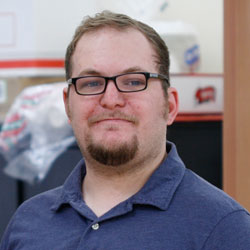 Posted by: Travis Hoffman in Programming

Recently I found myself in a position where I needed to decrypt card data coming off of a magnetic stripe scanner. I originally thought this was going to be straight forward. Get a key and pass it into some predefined decryption algorithm. Not quite.

It turns out these types of scanners often use a schema known as DUKPT (Derived Unique Key Per Transaction). The idea behind this schema is that for every transaction (or in this case for every card swipe) the data is encrypted using a key specific to that card swipe.

In order to decrypt data that was encrypted using this schema you have to be able to generate the key for that specific card swipe. The process to generate this key (session key) is far from straight forward.

The process is described in ANSI X9.24 part 1. However, this document costs about $140. Finding free, easily accessible documentation describing this process is difficult to come by.  The best resource I was able to find was this; a pretty good explanation of how to generate the IPEK (Initial Pin Encryption Key). Unfortunately this is only part of the full solution. In this post I am going to attempt to comprehensively explain the DUKPT schema.

BDK: This is an acronym for Base Derivation Key. This key is known only to the manufacturer and the software developer interfacing with the magstripe scanner.

IPEK: This is an acronym for Initial Pin Encryption Key. This key is derived from the BDK. This key is injected onto the device by the manufacturer and is used to derive future keys. Compromising the IPEK does not compromise the BDK.

KSN: This is an acronym for Key Serial Number. The KSN is a combo of the serial number of the magstripe scanner and a counter representing the number of swipes that have taken place on the device.

The BDK is required by the software developer so they can also generate the IPEK. Once they have the IPEK they can query the device for the KSN. The IPEK and KSN are then used to derive the key for that specific transaction/swipe. Once the developer has this key they can easily decrypt the card data.

In order to generate the Initial Pin Encryption Key (IPEK) we need the Base Derivation Key (BDK) and the Key Serial Number (KSN). The IPEK is derived using TripleDES encryption. TripleDES is just DES encryption daisy chained together three times.

The algorithm takes a 24 byte key. It runs  a DES algorithm three times using bytes 1-8, then again using bytes 9-16 and then a final time with bytes 17-24 as the key for each round respectively.

Some implementations of TripleDES will not do this automatically. I learned this the hard way and spent many hours trying to solve the problem. I was assuming that the particular implementation of TripleDES I was using would fake a 24 bytes key from a 16 byte key.

After a lot of  frustration it occurred to me to try taking the first 8 bytes and append it to the end of my key before I fed it into the TripleDES algorithm. This fixed my issue.

The IPEK is going to consist of two 8 byte registers that are produced by two separate TripleDES algorithms. Both will encrypt the 8 most significant bytes of the KSN with the counter zeroed out. The difference between the left and right register is that the right register is going to encrypt the KSN with a slightly modified version of the BDK. I will describe the process below.

We are going to form the BDK used to encrypt the left register of our IPEK by appending the first 8 bytes to the end of the BDK to give us the following 24 byte key.

Now if the KSN is not already 10 bytes in length then pad it to 10 bytes with hexadecimal "F" (1111). It is important to note that the IPEK represents the very first key on the device. This means that we want to generate it with the counter portion of the KSN set to 0. In order to get our KSN with a 0 counter we want to bitmask it with the hexadecimal represented by the string "FFFFFFFFFFFFFFE00000".

Great. Now we have our 0 counter KSN. But we only want the most significant 8 bytes of this KSN. We get this by bit shifting this KSN to the right 16 bits.

We are going to do the same thing we did with the key for the left register and take the most significant 8 bytes and append it to the end to get the following 24 byte key.

Go ahead and take the most significant 8 bytes of the KSN with the counter zeroed (as we computed earlier) and TripleDES encrypt it with this new key we just generated. This will give you the right register of your IPEK, producing the following 16 byte IPEK (I've separated the left and right registers for clarity).

We now have the IPEK. We need to get from the IPEK to the unique key for a specific card swipe (the session key). In order to get to this point I am going to define the existence of a black box subroutine that has the soul purpose of returning a single future key. What happens in this black box we will not concern ourselves with at the moment. Right now we are only concerned with the preparation of this subroutines inputs.

This black box subroutine takes two inputs. One is going to be a key and the other is a message to encrypt. This message is a modification of the KSN.

If you remember, the least significant 21 bits of the KSN holds a counter representing how many card swipes have occurred on the device.  We are going to pass a modified KSN into this subroutine as many times as there are 1's in the binary representation of that counter. The key that is passed in along with this modified KSN will be the IPEK on the first iteration and on subsequent iterations it will be the last key produced by the black box subroutine.

Let's begin to modify the KSN. To start we are only concerned with the lease significant 8 bytes of the KSN. We also want to zero out the counter portion of the KSN. This can be done by bitmasking the KSN using the mask below.

This resulting number is what we are going to use to generate each message we pass into the black box. In our example with the 8 counter we only have to pass our inputs through the black box once due to the nature of the binary representation of the number 8 (1000). So for demonstration let's assume our counter is actually something more complex like 10 (1010).

We are going to derive a set of binary numbers from the counter. In the case of a number like 10 (1010), there exists two binary numbers in this set: 1000, and 0010. Do you see the pattern? We construct a binary number to represent each 1 in the binary form of 10 so that if you added this set together it would equal 11.

We take the first of these numbers and OR it with our 8 LSB zeroed counter KSN we prepared previously as follows (note that this is in hex so our first number is represented as 0008 in hex).

We now pass the IPEK as the key and this newly generated KSN variation into the blackbox. The blackbox is going to return a new key. This key is the first future key (represented here in hex): "27f66d5244ff62e1aa6f6120edeb4280".

Now we are going to repeat the process for the next number in the previously constructed binary set, 2 (0010). This time, however, we are going to use the future key we just produced as the key and we are going to generate a new variation of the KSN.

To generate this new variation of the KSN we are going to perform the OR operation again using the last variation we generated: 9876543210E00008.

However, our actual counter in this blog post was originally 8, so our real session key is actually the "27F66D5244FF62E1AA6F6120EDEB4280" we computed on the first round.

This is the final key we need to decrypt our data.

If we begin with the assumption that the IPEK we generated above was passed in as the current_sk and that our ksn_mod is "9876543210E00008" that we also generated above.

To begin with we want to take the current_sk and get the most significant 8 bytes and bit shift it 64 bits to the right to get "6AC292FAA1315B4".  This can be done by performing the following bitmask.

At this point we just need to bit shift it 64 bits to the right to get "6AC292FAA1315B4D". We will call this value left_key (seeing as how it's the left side of the current_sk).

Next we want to get the 8 least significant bytes of the current_sk which can be done by the following bitmask.

This value is the least significant 8 bytes of our session key! We now just need to repeat the above operation once more with different inputs.  This time we are going to take current_sk and XOR it with "C0C0C0C000000000C0C0C0C000000000". As far as I can tell this value is arbitrary but is part of the ANSI standard so you will just have to take my word for it.

I hope I have explained the DUKPT schema as it pertains to magnetic stripe scanners effectively. I encourage any corrections or questions in the comments section.