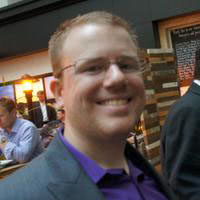 If you aren’t closely following the Open Source world, you might not have heard that Python 2 is going to be officially retired as of April 2020. After nearly 20 years of service, Python 2 will no longer be receiving updates and security fixes after this spring. The core developer community for Python is looking to direct all of their focus to Python 3, which has been available since 2008. Like some other updates from the Open Source world, not all code is compatible with the new version, and consulting with experts can keep your software running smoothly.

The good news is that the last few years have seen a considerable amount of effort put into making the transition as painless as possible. Django, Mezzanine and other popular Python packages have all been updated to work with Python 3. Parthenon has been doing a number of these updates for the last four years and the process has been getting easier. Our initial updates of some Django required us to make custom changes to the Django source code itself.  Thankfully that's no longer the case and you can get up to date, Python 3 versions of most packages.

Python 3 comes with it’s own set of improvements that you might be eager to take advantage of. Unicode support has been integrated into strings and there is a much better set of internationalization tools. There are also plenty of Python libraries only available for version 3 that give you access to advanced, cutting edge features.

Curious if your software is in need of an update or if your business might benefit from the new features in Python 3? Contact us and see how we can help.

← Through Robot Eyes (or) Image Recognition: Dawn of the APIs